Dienne is a Belgian composer, vocalist and multi-instrumentalist.

She builds songs and soundscapes portraying images & stories that play behind her eyes.

Starting with the oboe as a child, before adding the piano and flute to her repertoire, she later produced soundtracks for theater and dance performances.

Her debut ‘Addio’ will be released on August 26th on ‘Other People’. 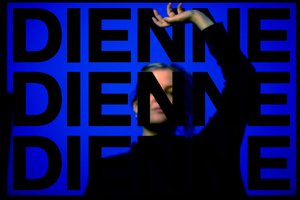